Dr. Soon-Moon Jung has been endorsed by Marquis Who’s Who as a Korean leader in the engineering industry 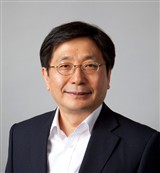 GYEONGGI-DO--(Korea Newswire) January 28, 2019 -- Marquis Who’s Who, the world’s premier publisher of biographical profiles, is proud to present Soon-Moon Jung, Ph.D., with the Albert Nelson Marquis Lifetime Achievement Award. An accomplished listee, Dr. Jung celebrates many years of experience in his professional network, and has been noted for achievements, leadership qualities, and the credentials and successes he has accrued in his field. As in all Marquis Who’s Who biographical volumes, individuals profiled are selected on the basis of current reference value. Factors such as position, noteworthy accomplishments, visibility, and prominence in a field are all taken into account during the selection process.

Alongside his primary career endeavors, Dr. Soon-Moon Jung has participated in a number of vocationally-relevant roles, including as the former instructor of Seoul National University from 2002 to 2008 and the Korea Advanced Institute of Science and Technology in 2003, 2005 and 2007. He additionally served in the same capacity with the Pohang University of Science and Technology in 2003, 2005 and 2007 and Hanyang University in 1999. Likewise, he was a lecturer for the International Solid State Circuits Conference with the Institute of Electrical and Electronics Engineers in 2005 and the Symposium on VSLI Circuits in 2004.

Dr. Jung began his career as a student at Hanyang University, receiving a Bachelor of Science in 1984. He continued his studies with the university, completing a Master of Science in 1986. After obtaining some experience in the field, he returned to his education with the University of Florida in the United States, where he earned a Doctor of Philosophy in materials science engineering in 1996. Dr. Jung has been certified as a metallurgy engineer in the Republic of Korea since 1984.

Renowned for his development of three-dimensional semiconductor memory, 3D stacked NAND flash memory and double-stacked SRAM, Dr. Jung has contributed myriad articles to professional journals and more than 25 research papers, and he is a frequent patentee in the field in both the United States and the Republic of Korea. Notably, he co-authored “Integrated Interconnect Technology for 3D NanoElectronic System” and was a contributor to “3D Integration and Package for Memory” through Artech House Publishing in 2008.

Throughout his career, Dr. Jung has been recognized for his contributions, including having received the Special Topic Session Award and the Takuo Sugano for Outstanding Far East Paper Award from the IEEE International Solid State Circuits Conference. In addition, he was the recipient of a Grand Prize and Nano Korea Awards from the Korea Nano Technology Research Society, as well as the Technology Award Golden Prize from Samsung. Most recently, he was nominated for International Engineer of the Year by the International Biographical Centre in 2010. Dr. Jung has been featured in numerous honors publications, including the second edition of Who’s Who in Asia and the 26th through 29th editions of Who’s Who in the World.