Marquis Who’s Who Honors Dr. Chomchark Chuntrasakul with Inclusion in Who’s Who in the World 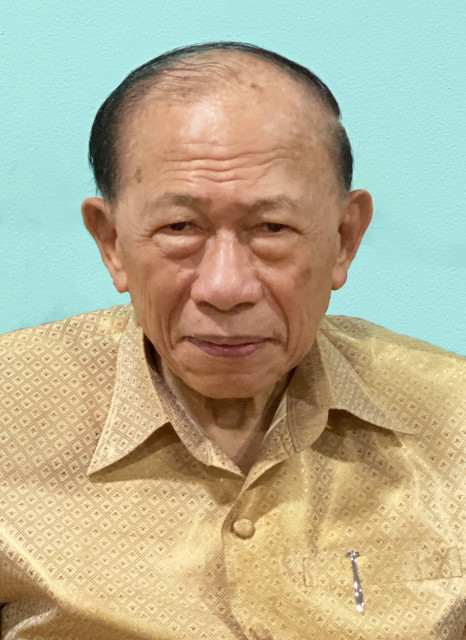 BANGKOK--(Korea Newswire) September 04, 2020 -- Marquis Who’s Who, the world’s premier publisher of biographical profiles, is proud to honor Dr. Chomchark Chuntrasakul with inclusion in Who’s Who in the World. An accomplished listee, Dr. Chuntrasakul celebrates many years’ experience in his professional network, and has been noted for achievements, leadership qualities, and the credentials and successes he has accrued in his field. As in all Marquis Who’s Who biographical volumes, individuals profiled are selected on the basis of current reference value. Factors such as position, noteworthy accomplishments, visibility, and prominence in a field are all taken into account during the selection process.

Having accrued nearly five decades of inimitable experience in the field of health care, Dr. Chuntrasakul has garnered a laudable reputation as a surgeon, writer and medical educator on behalf of a number of organizations. He presently excels as a consultant and instructor with Siriraj Hospital, the primary teaching institution of the faculty of medicine of Mahidol University, where he was bestowed with the distinguished title of a professor emeritus in 1998. Joining the faculty staff of the hospital in 1973 as a professor with the department of surgery, he subsequently held numerous positions of high leadership, including as the deputy director and chair of the outpatient department, the deputy dean of the medical school and the founder of the faculty of medicine. Prior to his long tenure with Siriraj Hospital, Dr. Chuntrasakul served as a surgeon in the United States as St. John’s Mercy Medical Center in St. Louis, Missouri, in 1972, having excelled as a vascular surgeon with the Albany Medical Center in Albany, New York, during the previous year. Additional career positions to his credit include his role as the JT president of the World Congress of Surgery in 2002, and as a medical adviser to the general director of the International Biographical Centre (IBC), where he also served as the honorary director general in 2009.

Outside the scope of his primary career path, Dr. Chuntrasakul has earned distinction as the chairperson of the Cerebos Health Research Foundation for Thai. Likewise, he is a standing member of the medical ethics committee on human research for Thailand’s Ministry of Public Health. Deeply involved at the highest levels of the medical community of his native country, Dr. Chuntrasakul was also an adviser for the Royal College of Surgeons of Thailand, the president and founder of the Thai Society of Wounds and Wound Healing, the chair and president of the Thai chapter of the American College of Surgeons, and the president and founder of the Thai Society of Burn Injuries, among many others.

Prior to embarking upon his professional journey, Dr. Chuntrasakul undertook pre-medical coursework at Chulalongkorn University in Bangkok from 1957 until 1959. He continued his studies at Mahidol University, from which he attained a Doctor of Medicine in 1963, upon which he excelled as an intern with the Siriraj Hospital between 1963 and 1965. Following this, he interned at the Albany Medical Center of Union University in New York from 1965 to 1970. Eminently qualified in his profession, Dr. Chuntrasakul was recognized as a diplomate of the American Board of Surgery in 1972.

Well regarded for his indelible contributions to the field, including a number of articles published in relevant scholarly journals, Dr. Chuntrasakul has been the recipient of a number of accolades throughout the course of his career. In addition to winning an Outstanding Medical Service Award from Mahidol University, he was similarly bestowed with an award from the Trauma Association of Thailand; a Lifetime Achievement Award from the World Congress of Arts, Sciences and Communications; a Great Leader Award from the IBC; and an Order of the Silver Cross and an Order and Cross from the American Biographical Institute, among many other acknowledgements. To wit, Dr. Chuntrasakul has further earned an honorary Doctor of Medicine from Mahidol University in 2009, was inducted into the IBC Hall of Fame and was named as a “Son of Thailand.”

To remain aware of developments affecting the field, Dr. Chuntrasakul has maintained professional affiliation with a number of pertinent organizations. In addition to aforementioned groups, he is a member of the American Society for Parenteral and Enteral Nutrition, the International Federation of Surgical Colleges, the Society of Hand Injury of Thailand, the Asian Surgical Association, the Thai Association of General Surgeons and the Medical Association of Thailand, to name only a few. Outside his vocational interests, Dr. Chuntrasakul enjoys such diversions as taking long walks, gardening, listening to music and indulging in a myriad of academic interests.

Since 1899, when A. N. Marquis printed the First Edition of Who’s Who in America®, Marquis Who’s Who® has chronicled the lives of the most accomplished individuals and innovators from every significant field of endeavor, including politics, business, medicine, law, education, art, religion and entertainment. Today, Who’s Who in America® remains an essential biographical source for thousands of researchers, journalists, librarians and executive search firms around the world. Marquis® publications may be visited at the official Marquis Who’s Who® website at www.marquiswhoswho.com