Won ISO 21702 certification in France and Japan, CE Mark in Europe, and FDA approval in the U.S.
Certified to kill COVID-19 virus by 99.9% within 30 minutes through the application of differentiated technology from other antiviral films 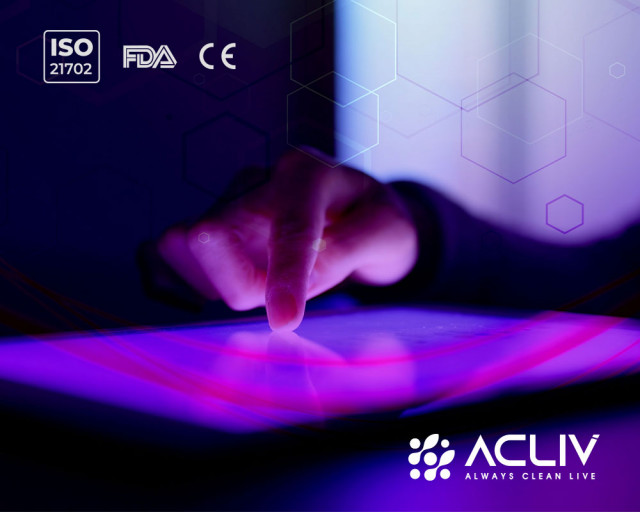 NEOTENY got the world’s top three certifications including the ISO 21702, the CE Mark in Europe, and the FDA approval in the U.S. for its antiviral film ACLIV.

SEOUL--(Korea Newswire) November 04, 2021 -- NEOTENY (CEO: Stewart Kim), a biotech company, announced that it has got the world’s top three certifications including the ISO 21702, the CE Mark in Europe, and the FDA approval in the U.S. for its antiviral film ACLIV.

Established in 2012, NEOTENY is a Korean biotech company that provides technical consulting services specialized in the chemical industry. NEOTENY succeeded in developing an antiviral film ACLIV last year by applying its accumulated technologies for special chemical and film products, such as antiviral films to respond to the COVID-19 that has spread worldwide since 2019.

The antiviral action of ACLIV, applied with NEOTENY’s proprietary ingredient formulation technology, is produced as Reactive Oxygen Species (ROS)*, which is generated while silver ions emitted from silver particles infiltrate viruses, destroys the viral membrane structure to remove infectiousness of, and thus kill the virus. Therefore, ACLIV can respond to not only the COVID-19 virus but also a variety of other viruses and bacteria that threaten human health.

ISO 21702, the certification ACLIV has received, is a test to measure the antiviral performance of plastics and other non-porous surfaces. This is the world’s only antiviral standard certification.

ACLIV has gained the ISO 21702 certification from an international standard research lab in France, which is notorious for the complicated and strict certification process (Fonderephar, a French research lab for bacteria, viruses, and industrial microbiology). In particular, at a test conducted targeting the COVID-19 virus, ACLIV killed 99.9% of the virus within 30 minutes. This is an outstanding result that is twice higher than the existing record (virus survived for one hour).

In August 2020, ACLIV obtained the ISO 21702 from an international standard research center of Japan (Japan Textile Products Quality and Technology Center), one of the ISO Council Standing Committee members, with its performance against Influenza A virus recognized.

In March this year, ACLIV also got the European certification, CE Mark for antiviral and antibacterial effects and, in July, it was approved by the FDA (Food and Drug Administration) of the U.S. As a result, ACLIV has become the world’s first antiviral film that won two ISO certifications, the CE mark, and the FDA approval.