Following the successful release in 170 countries, ‘MIR4’ will have its first update this month. 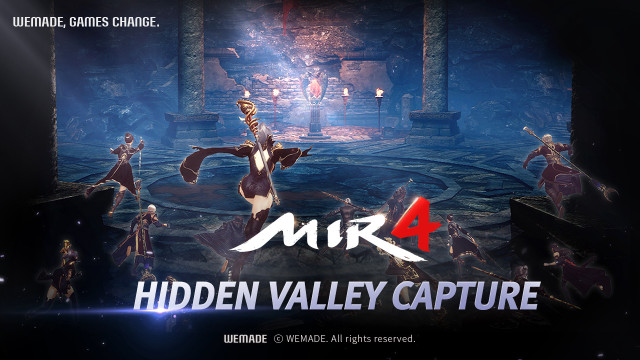 Wemade‘s MMORPG MIR4 has its first large-scale update including Hidden Valley Capture, a battle between different clans to control the source of the game’s main resource, Darksteel

Today (September 10), additional core content, Hidden Valley Capture, was released. The battle to conquer Hidden Valley is a battle between different clans to control the source of the game's main resource, Darksteel. It will be held every Wednesday at 10 PM from September 15th, based on local server time.

“The clan that occupies the Hidden Valley gains enormous power and authority to operate the Darksteel trade,” Wemade said. “Clans may monopolize the mines by controlling entry into the Hidden Valley, or tax the mined Darksteel to benefit the clan. Darksteel can be smelted into the utility coin Draco and exchanged for the virtual asset Wemix tokens, which create a bridge between in-game resources and real assets. Therefore, clan battles eventually affect the real economy and thus leading to more intense clan battles.”

Due to a rapid increase in the number of players, a new server region, SA (South America) was added, meaning that players from South America can enjoy the game in a more comfortable environment.