MMORPG ‘MIR 4’, with blockchain technology, will be officially released in 170 countries. 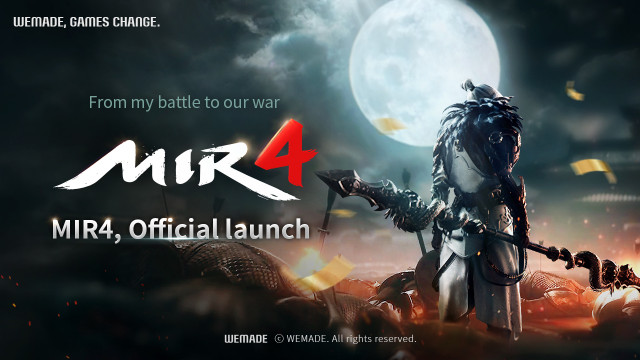 Blockbuster MMORPG ‘MIR 4’ by Wemade Co., Ltd., with blockchain technology, is officially released in 170 countries and 12 languages on August 26

SEOUL--(Korea Newswire) August 26, 2021 -- August 26 sees the official release of blockbuster MMORPG ‘MIR 4’ by Wemade Co., Ltd. in 170 countries and 12 languages. Pre-downloads for MIR 4 are available on Google Play Store, Apple App Store, Steam, and the company’s official website. Blockchain technology enables the use of utility coins, DRACO, which can be exchanged for Darksteel, an essential resource used in MIR 4, and Non-Fungible Tokens (NFT) that players can experience through game characters, both of which are available in the global version. An in-game chat translation function also allows players from different countries to enjoy the game together without language barriers.

MIR 4 embodies the mysterious and elegant beauty of the Orient in an MMORPG game. Unique features that have attracted keen interest from players include:

MIR 4 was first launched in Korea in November 2020 and was immediately successful, ranking first in download charts in major Korean app markets, and securing a solid player base. It received positive feedback from global players regarding its exciting battle system among the clans fighting over ‘Valley,’ the major source of Darksteel.

Visit the website for further details of the official launch.