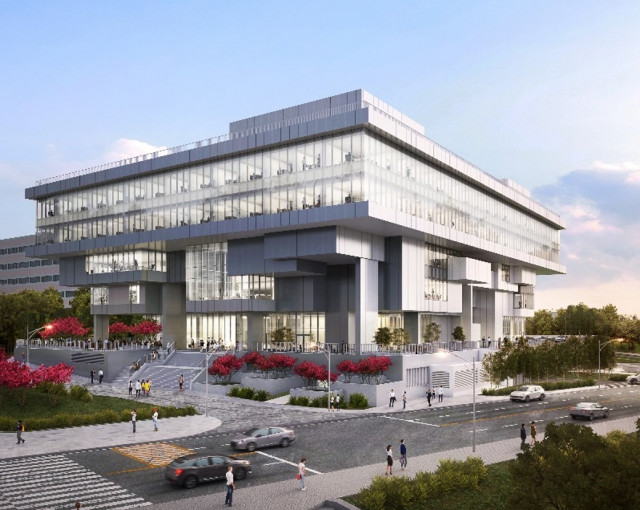 CHANGeUP GROUND is a startup incubator operated by POSCO to foster venture companies. Through the incubator, POSCO plans to discover and foster outstanding venture companies based on Pohang's cutting-edge science and technology infrastructure to produce unicorn companies as the ‘New Pacific Valley’, aiming to surpass Silicon Valley.

POSCO Group chairman Jeong-Woo Choi said: "CHANGeUP GROUND Pohang was launched today under the vision of ‘creating the New Pacific Valley’ on the west coast of the Pacific to equal the Silicon Valley in the east. It is also one of the rich fruits of POSCO’s commitment in corporate citizenship to create jobs and new growth engines through the establishment of a venture platform. POSCO lacked capital and experience when launched in the wasteland of Yeongil Bay 53 years ago but has found its way to success. I wish to support venture companies which will grow to become multinational companies and lead the future of South Korea.”

POSCO intends to find and nurture venture companies, utilizing CHANGeUP GROUND as a space to grow together. Pohang is a global industry-academia cooperation hub supported by POSTECH's USD 2 billion research facility and 5,000 researchers, thus providing the best infrastructure for venture companies with promising potential to grow internationally. In addition, POSCO plans to operate CHANGeUP GROUND Pohang as a hub for mutual growth with the local community and a major local start-up hub, which it hopes to become a Pohang landmark, contributing to the development of the local economy.

CHANGeUP GROUND has a total area of 28,000 square meters to host promising start-ups in fields such as machinery, materials, electronics, semiconductors, software, bio and medical, chemical, energy and resources. Sixty-two promising startups have already moved in, catching the attention of the startup industry in South Korea.

CHANGeUP GROUND offers tour services that can be reserved via its website (http://www.changeupground.com). Further information about CHANGeUP GROUND, including basic information such as business overview, tenant companies, floor plan, and promotional materials, is also available there.