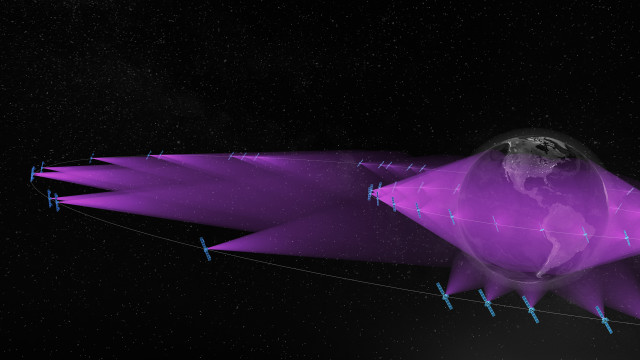 LUXEMBOURG--(Business Wire / Korea Newswire) August 20, 2020 -- SES announced today that it has selected SpaceX as a launch partner to deliver the four newly-ordered O3b mPOWER spacecraft of its next-generation Medium Earth Orbit (MEO) communications system. Just like the initial seven O3b mPOWER satellites procured, these additional four satellites will be launched into space on board Falcon 9 rockets from Cape Canaveral. A total of four Falcon 9 rockets will be used to support the deployment of all O3b mPOWER satellites.

SES's O3b mPOWER fully-funded communications system comprises 11 high-throughput and low-latency satellites as well as an automated and intelligence-powered ground infrastructure. Built by Boeing, each satellite will generate thousands of dynamic beams and can deliver connectivity services ranging from 50Mbps to multiple gigabits per second to telecommunications, maritime, aeronautical, and energy, as well as governments and institutions across the world. SES has previously announced Orange and Carnival Cruises its first O3b mPOWER customers. O3b mPOWER is SES’s next-generation MEO system. It is built on the proven track record of SES’s current O3b constellation of 20 MEO satellites. Today, the O3b system is delivering high-performance communications services to customers operating in nearly 50 countries.

SES and SpaceX disrupted the industry back in 2013 when SES became the first to launch a commercial geostationary (GEO) satellite with SpaceX, and later as the first ever payload on a flight-proven SpaceX rocket. Their next O3b mPOWER launch in 2021 will be another one for the record books as the revolutionary terabit-scale capabilities of SES’s O3b mPOWER communications system disrupt the industry again.

“SES’s selection of SpaceX to support launch of the full O3b mPOWER constellation is a testament to our deep partnership built over the past decade,” said SpaceX Vice President of Commercial Sales Tom Ochinero. “We look forward to working with SES to make history again through the successful deployment of this new system.”

“O3b mPOWER is the cornerstone of our multi-orbit, cloud-enabled, high-performance network that will serve our enterprise, mobility and government customers into the next decade, and we are merely a year away from its first launch,” said Steve Collar, CEO of SES. “We have a strong and long-standing partnership with SpaceX and we are excited to add the launches of additional O3b mPOWER satellites that will drive higher throughput, greater efficiency and substantially more bandwidth to our industry-leading network.”

SES has a bold vision to deliver amazing experiences everywhere on earth by distributing the highest quality video content and providing seamless connectivity around the world. As the leader in global content connectivity solutions, SES operates the world’s only multi-orbit constellation of satellites with the unique combination of global coverage and high performance, including the commercially-proven, low-latency Medium Earth Orbit O3b system. By leveraging a vast and intelligent, cloud-enabled network, SES is able to deliver high-quality connectivity solutions anywhere on land, at sea or in the air, and is a trusted partner to the world’s leading telecommunications companies, mobile network operators, governments, connectivity and cloud service providers, broadcasters, video platform operators and content owners. SES’s video network carries over 8,300 channels and has an unparalleled reach of 367 million households, delivering managed media services for both linear and non-linear content. The company is listed on Paris and Luxembourg stock exchanges (Ticker: SESG). Further information is available at: www.ses.com