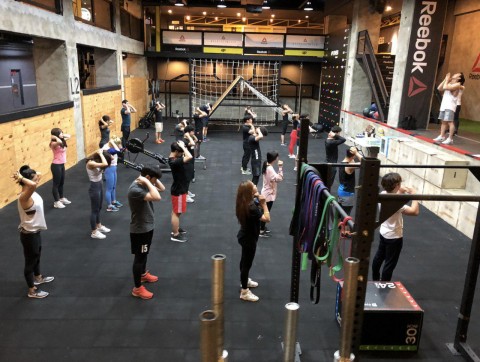 Allblanc, which develops Korean videos on social media, launched “Allblanc fit,” an advanced concept fitness program which grafted networking onto exercise for young adults in their 20s and 30s.

SEOUL--(Korea Newswire) December 05, 2018 -- One of the big trends in offline fitness is that it is becoming an option for networking with fellow fitness enthusiasts.

Allblanc, which develops Korean videos on social media, launched “Allblanc fit,” an advanced concept fitness program which grafted networking onto exercise for young adults in their 20s and 30s.

“Allblanc fit” is a group workout program in which one can choose a place to exercise and an exercise routine online to work out as a member of a team of eight men and eight women. It runs for four-to-seven week periods. On weekends, group training becomes intense and members can network with one another through diverse social interaction programs. Allblanc fit is called an SX (social exercise) program as it added socializing to an existing GX (group exercise) program.

Allblanc fit is up and running at 10 fitness centers in Seoul. It is gaining popularity rapidly, attracting more than 2,000 members in 10 months after it was launched.

Of the reason why he developed the Allblanc fit program, Allblanc CEO Ryo Chuh Yeop said: “These days, young adults in their 20s and 30s find it so daunting to exercise or make new friends because they are compelled to search jobs, handle heavy workloads or often work late into the night. Considering they are active on social networking sites, I figured out a new service useful to them, which combines exercise for health with networking.”

AllBlanc has operated Korea’s first social exercise program “Allblanc fit” successfully at home, and plans to expand its market to the US and China in 2019, while extending its reach to other age groups.

In 2019, it will exhibit an in-home fitness mirror and display in development in the CES in January and the MWC in February.

In early 2019, Allblanc plans to launch an exercise application tentatively named “ON Blanc fit” under the slogan “Fitness Center in My Hand.”