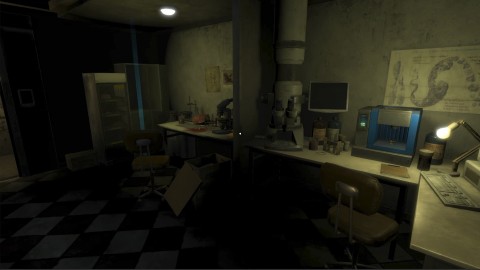 The DOOR is a first-person escape room game, and it is developed by Youcanstar and Skonec Entertainment. The game is released for PlayStation 4 on September 21st in North America and on September 28 in Korea.

The DOOR is a game in which Dr. Jacob escapes from the secret lab in a dark forest. The tense atmosphere and various situations add fun to the game. Based on the solid contents, the game offers players a sense of pleasure by observing hints, finding links, and solving tricks one by one. It also has VR mode and normal mode. When it is played in VR mode, players can feel the best sense of immersion.

The lead developer Ji-man Yang said that by offering high-quality escape room games that were not popularized in the past, users who have been waiting for escape games will be relieved of their thirst, and The DOOR will become a major brand in the genre.

Room Escape Game: The DOOR is available for purchase on the PlayStation Store.