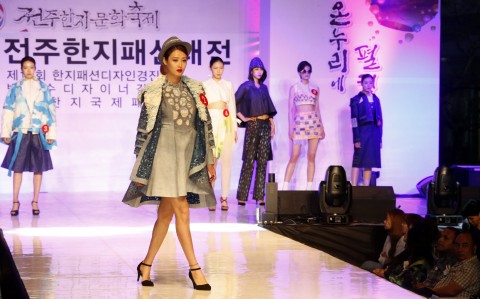 JEONJU--(Korea Newswire) May 02, 2018 -- In the month of May, the 19th Jeonju International Film Festival and 22nd Jeonju Hanji Culture Festival, will be held in Jeonju known as a city that has best preserved Korean traditional culture and a typical tourism city in Asia.

The 10-day Jeonju International Film Festival will open on May 3, 2018 screening worldwide independent, feature, short and alternative films at 19 cinema halls in 5 theaters around the cinema street in Jeonju. With commitment to continuation of the spirit of supporting freedom of expression, the film festival this year will be held under the slogan of ‘Liberation Zone of Expression in Film’.

246 films (202 feature films and 44 short films) will be screened including the opening film ‘Yakiniku Dragon’ directed by Jeong Ui-sin and closing film ‘Isle of Dogs’ directed by Wes Anderson.

The 22nd Jeonju Hanji Culture Festival will also be held for three days starting on May 5 at the Korea Traditional Culture Center in Jeonju to widely publicize superiority of the unique Jeonju Hanji and to expedite industrialization and globalization of Hanji. Hanji is Korean traditional paper made from fibrous skin of the mulberry.

All releases from JEONJU CITY