The Sewol Ferry Incident & The US Mad Cow 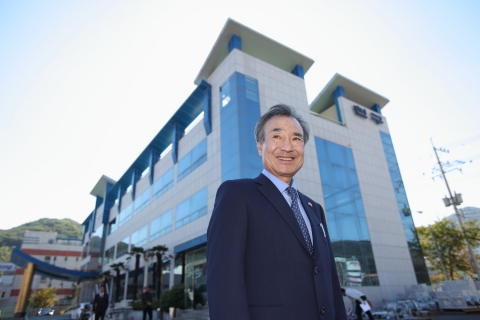 SEOUL--(Korea Newswire) November 13, 2014 -- The “mad cow disease” incident in 2008 and the “Sewol Ferry” incident in 2014 seem to be different events, but they are actually very similar from the perspective of safety and security.

First, the mad cow disease and Sewol Ferry incidents have created a significant buzz when considering that they are both directly connected to the safety of the people. In other words, both incidents caused a storm in Korean society because both incidents could have happened to any body and could have a critical effect on health or even life.

Next, the mad cow disease incident and the Sewol Ferry incident caused embarrassment to the Lee Myung-Bak administration and Park Geun-Hye administration, respectively, from the beginning of their presidency. Both incidents served as decisive events that could cause significant complications to smoothly administering affairs of state during the 5-year term in office.

However, the two incidents show substantial difference in their conclusions. The Sewol Ferry incident in 2014 did not result in an extreme collapse as it did in the mad cow disease incident in 2008. The mad cow disease incident, which was also called the “mad cow fib” incident, caused the Lee Myung-Bak administration to become a politically gridlocked administration throughout President Lee’s term. On the other hand, the Park Geun-Hye administration was relatively not hit so hard with the Sewol Ferry incident which was an unprecedented man-made disaster with 295 dead and 9 missing persons. Then, what was the key difference in the two incidents?

As it is already well known, the mad cow disease incident was a strange case of fraud unheard of in Korea. Absurd rumors inciting crowds were rampant such as “American cows are mad cows” and “mad cow disease can be transmitted through sanitary pads, cosmetics and diapers even if American cows are not consumed.” The majority of the naive public was deceived by such false rumors.

In 2014, the Korean public had to face the tragedy of Sewol Ferry. It was a matter of course that the whole nation was in mourning as young students were victims of the incident. However, out of such sadness, the candlelight vigilance groups have stood up once again. They raised all sorts of groundless rumors and conspiracy theories and shouted “out with the Park Geun-Hye administration”. At the apex of such movement was the passage of the Sewol Ferry Special Act. They had an absurd idea that disregarded the rule of law by proposing that the authority to investigate and accuse should be turned over to the fact-finding committee. At that time, certain rebellious powers were nearly about to impeach President Park Geun-Hye if the Sewol Ferry Special Act guaranteeing the authority to investigate and accuse did not pass.

It is not uncommon to see certain groups that deny the legitimacy of the Republic of Korea and follow North Korea to “take a taste of the new president” in the early stages of a conservative government. While ex-President Lee Myung-Bak fell to his knees, President Park Geun-Hye firmly put forward the law and principles against these groups.

Businessmen like us also live amidst countless threats that may be significant or minor like the president. This is because there are many interested parties that are involved such as related business partners, employees, civil servants, consumers, etc. In the face of a threat, it may be temporarily easy to respond to unjust pressure or requests. However, most successful businessmen do not make compromises that deviate from principles. Because if you agree to a single request, they continue to attack until you fail like a blood thirsty hyena.

Behind the Park Geun-Hye administration’s refusal to pass the Sewol Ferry Special Act guaranteeing the authority to investigate and accuse by upholding the law and principles lay the public’s “studying effect from the mad cow disease.” The public became fed up with the candlelight vigilance groups’ unconditional and repetitive shouting of “out with the president” and the absurd contention that “even the wind blowing is the president’s fault”.

Now, Korea must recover from the painful memory of Sewol Ferry and rise up again. Would it not be irrational to undergo a “3 year mourning for the Sewol Ferry” incident when we are right before the goal of achieving a per capita income of $70,000?

All releases from MACCINE KOREA