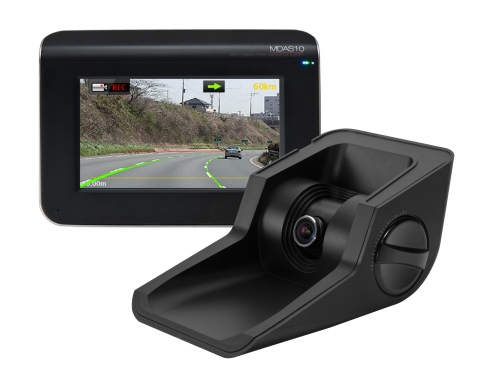 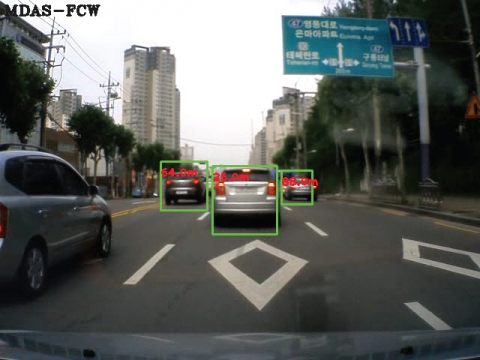 Movon is developing FCW (Forward Collision Warning) and new product ‘MDAS-20’ with LDW (Lane Departure Warning) and FCW will be released to the market in May 2014.

The lane marker recognition test with Tata Daewoo Commercial Vehicle has been conducted with Movon’s patented LDW Algorithm (PCT International Publication No. WO2013/151266A1) for the last couple months and was favorably reviewed with 96% accuracy.

In addition, MDAS-10 supports Vehicle Monitoring System which enables to detect vehicle’s location and any driving information through the interface with 3G/4G network.

Also, Movon Corporation announced that development for FCW (Forward Collision Warning) should be completed in the next coming months and MDAS-20 with LDW and FCW will be released to the market in May 2014.

In comparison with other competitors’ products, MDAS-20 integrated with FCW provides discernible color image that draw driver’s attention more while driving. In addition, it is able to recognize the half a dozen of moving cars in the left and right lanes as well as front even at night. Also, simple install procedures remove the need of complicated calibration works such as measurement or calculation by experienced expert. Above all, it is available at competitive price which is nearly one third cheaper than product in market.

Movon Corporation is committed to reducing the number of accidents occurred by using smart phones and drowsy driving. Also its vision based platform and algorithm will be introduced to the senior and electric car market in the near future. Order Contact: (http://www.mdas.co.kr/eng/company/company3.php)

*FCW: The alert system that warns the driver to prevent impending collision with a vehicle ahead.(http://www.mdas.co.kr/eng/technology/technology1_2.php)