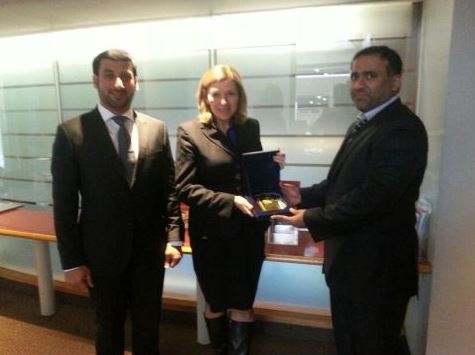 The Memorandum of Understanding was recently signed in the United Kingdom. It was signed by Colonel Mohammed Hamid bin Dalmouj Al Dhaheri, Strategy and Performance Development Director General at the General Secretariat of the Office of H.H. Deputy Prime Minister and Minister of Interior. On behalf of Harvard University’s Department of Government, the MOU was signed by Ms. Anne-Mary Slaughter, Head of the Development and Ongoing Training Program.

The MoU aims to promote cooperation between the Abu Dhabi Police GHQ and Harvard University in the training and grooming of future leaders. The agreement will allow both parties to discharge their duties and functions more effectively.

For more information about The Ministry of Interior, please click HERE (http://moi.gov.ae/en/pagenotfound.aspx?handler=application_error-global.asax)

All releases from Abu Dhabi Police