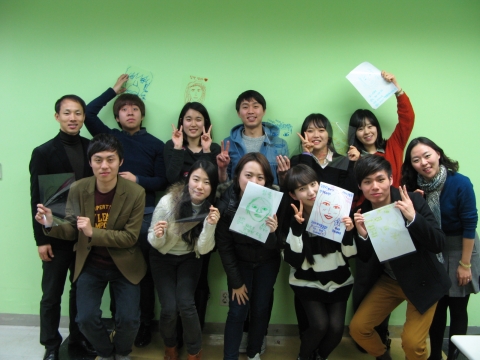 서울--(Korea Newswire) February 18, 2013 -- Seoul Youth Center for Cultural Exchange “Mizy” dispatches to Vietnam its 4 staff members and Hope Expedition consisting of 10 college students Feb. 19th through 25th. During the visit, they hold delivery ceremony of “Shoes of Hope” and do cultural exchanges with the underprivileged young.

The event is hosted by the Seoul Metropolitan Government and organized by Mizy. Its sponsor Daesan Foundation also attends the ceremony and accompanies Hope Expedition. For this event, Mizy works with VACPR (Vietnam Association for Protection of Children‘s Rights) that it signed Memorandum of Understanding with in 2012. VACPR is a Hanoi-based NGO working on eradicating poverty in the north regions of Vietnam and on protecting children’s rights.

<Delivery of “Shoes of hope” to teenagers in Vietnam >

Starting its journey in Hanoi, Hope Expedition meets Vietnamese students and visits several youth-related institutes such as CYDECO (The Youth International Cooperation Development Center) and Vietnam National Commission for UNESCO. It continues to move to Hue, where it has delivery ceremony of “Shoes of Hope” with local people. The Expedition and the Hue community exchange their own cultural performances at the ceremony, and the Korean students do more cultural exchange activities with local children.

<Creative Art & Sharing movement that began in 2007 in Korea>

It is Mizy's sixth delivery ceremony of “Shoes of Hope”. Since 2007 it has handed more than forty thousand shoes to children in Uganda, Bangladesh, Cambodia, Nepal and Laos. Until this year the center had never recruited a youth group for the event. Mizy hopes the new Hope Expedition would play an important role in strengthening the sister city relationship between Seoul and Hanoi and in helping the young of both cities pay more attention to global issues like human rights, education and poverty.

Seoul Youth Center for Cultural Exchange “Mizy” was established in 2000 by the Seoul Metropolitan Government to encourage better understanding of cultural diversity among youth. Over the last 13 years, it has worked to facilitate cultural exchanges among the Korean and other Asian youth by providing them with various types of intercultural programs.

The Daesan Foundation was established in 1992 under the umbrella of Kyobo Life in Korea. It aims to contribute to fostering creative cultures, promoting the national culture and supporting international cultural exchanges. It now manages Mizy under the consignment management contract with Seoul Metropolitan Government.

All releases from Seoul Youth Center for Cultural Exchange