Ambient's FireALERT MK 1.5 and Vigilys to be Released February 2013 in Support of Unified Incident Command and Decision Support (UICDS) 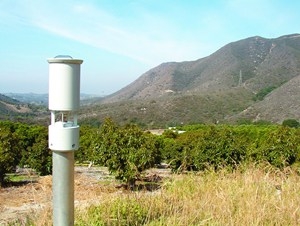 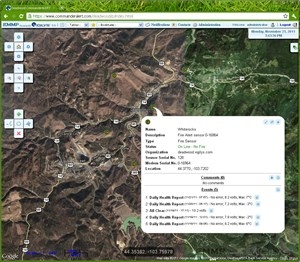 POWAY, CALIF.--(Korea Newswire) October 12, 2012 -- Ambient Control Systems announced today the release of FireALERT MK1.5 and then the MK2.0, wildfire detection system. The units will be shipping in February 2013. Ambient is working with municipalities and fire departments on upgrades, and new installation plans.

Ambient's Q1 2013 release will include enhancements to:

The Poway, Calif.-based company performed extensive testing and analysis of the system‘s readiness and robustness in installations of the FireALERT Wildfire Detection sensors and Vigilys System in Deadwood, South Dakota., and Fallbrook, California. Additional tests were conducted in conjunction with Ambient’s complementary public-alerting and notification system in Montecito, California.

The tests were progressively successful in the evolution of the system. “Ambient FireALERT will give a community the security and peace of mind of having a fire watchman on duty 24/7 that reports the location of a fire while still in its infancy stage,” said Ken Hawki, Deadwood Fire Department training officer.

Ambient‘s unique ability to provide sharing of critical information between multiple agencies involved in any first-response activity recently earned the company membership as a technology provider in the Unified Incident Command and Decision Support (UICDS) team. UICDS’ objective is to bring the most advanced information-management technologies to bear on the work of the first-responder community. UICDS‘ system-of-systems allows first responders to manage the interchange of data, voice, and video related to an incident, thereby helping them prevent, protect, respond, and recover from natural, technological, and terrorist events. As one of UICDS 100 key industry partners, Ambient’s Vigilys will now be able to share data from a vast array of additional resources by supporting multi-agency collaboration, greatly enhancing first-responder performance and safety throughout the response cycle and in the event area itself.

“Since 1990, Ambient has invested over $14 million in research and development of the FireALERT and Vigilys systems and has the strength of over 800 shareholders,” said Jonathan Luck, President & CEO of Ambient. Most recently, Global Private Funding, Inc. (Global) provided funding through their Business Incubation Program that, according to Jonathan “allows Ambient to expand the brand recognition and investor awareness.” Jonathan added, “Ambient is excited to receive the full support of Global's staff advisories, as well as debt financing, foreign investment, connections to industry leaders, and financial and management oversight channeling Ambient forward.” “FireALERT is the type of proactive inland national defense systems that are necessary to protect our great nation,” said Dr. Sam Senev, Chairman of Global Private Funding.