Opens 16th office in Seoul on August 16, the first foreign law firm since Korea-U.S. and Korea-EU FTAs take effect
Serves as legal advisor to major Korean companies and financial firms operating in the U.S., including Samsung Electronics and Hyundai Motor, over 15-year period
Possesses extensive know-how in the entertainment business due to its location in LA, home to Hollywood, expected to help Korean pop culture go global 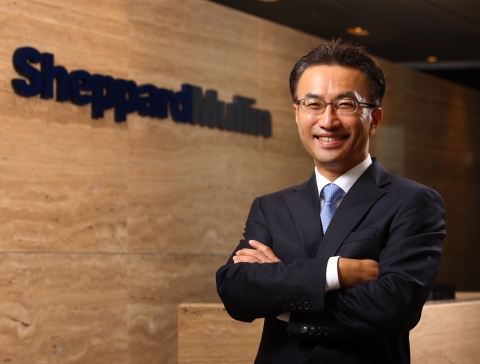 SEOUL--(Korea Newswire) August 16, 2012 -- Sheppard, Mullin, Richter & Hampton LLP, a top ‘pro-Korean’ law firm based in the U.S., will open a foreign legal consultant office – the first of its kind in Korea – on the 23rd floor of Center One Building in Euljiro, Seoul, on August 16. The new office, which is the firm’s 16th location, will be led by Partner Seth (Byoung Soo) Kim. Kim was previously based in Sheppard Mullin‘s New York and Los Angeles offices and chair of the firm’s Korea practice.

Founded in 1927, Sheppard Mullin now serves more than half of the Fortune 100 companies in the U.S., while having more than 570 attorneys. It also has served as legal advisor to Korean conglomerates and major financial firms, including Samsung Electronics, Hyundai Motor, Woori Bank, Shinhan Bank, Industrial Bank of Korea and Kookmin Bank over the past fifteen years, guiding them to the successful entry into the U.S. market.

Sheppard Mullin, which had its first office in LA, home to Hollywood, provided legal services for ‘Mission Impossible’ and ‘Transformers’ films – from production to distribution. Based on this extensive know-how in the entertainment industry, the law firm is expected to greatly help Korean cultural content land safely in the U.S. market.

Since January, Sheppard Mullin has stepped up the pace and its efforts paid off. It was among the first three law firms – the other two based in the UK and U.S. respectively – that received approval from the Korean Ministry of Justice to establish an office in Seoul on July 18. It also completed registration with the Korean Bar Association on July 20. The opening of the Seoul office will make it the first foreign law firm to do business in Korea. The law firm plans to increase the number of foreign legal consultants to ten at most by the end of 2012.

“We looked forward to offering legal services to our Korean clients while being in close proximity to them. Based on long-standing ties with Korean companies, I really want to help many more Korean companies in exploring business opportunities in the U.S.,” said Seth Kim, the administrative partner of the Seoul office.

Kim acted as a consultant to Daewoo and Choyang Shipping, helping them sell their overseas assets when Korea sought an IMF bailout. He also has provided legal advice related to U.S. finance and real estate to Korean financial institutions and conglomerates. His main responsibility at the new Seoul office will be legal advisor on financial and entertainment issues.

Partners Gary Halling and Ken Carl will be integral members of the Korea team and will anchor the U.S.-side of the firm's practice from their offices in San Francisco and Los Angeles, respectively.